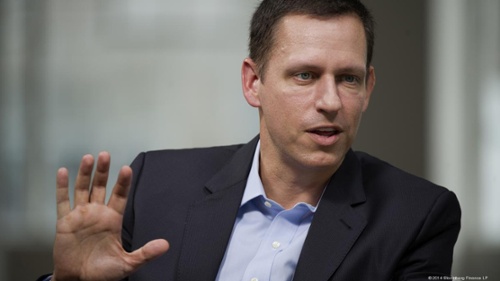 In his book Zero to One, Peter Thiel looks at why the cleantech industry crashed, and believes that most cleantech companies failed to adequately answer one or more of seven fundamental questions about their business. Although these questions are primarily for businesses as a whole – and in particular technology startups – they are equally applicable for new product innovations. It’s worth asking if your pipeline of innovations can adequately respond to them.

If we are truly talking about an innovation, then the product will not be an incremental improvement. For it to be an innovation it must be 10 times better than what is currently available. Apple’s iPad was 10X better than previous tablets. Google’s search performance, accuracy, and simplicity, was 10X better than the plethora of previous search engines and portals. PayPal was 10X better than sending cheques to pay for eBay items. It costs about £100m to send a rocket into space, Elon Musk wants to do it for £10m – a 10X advantage. It is only when you have this significant advantage in technology, that you can offer transparent superiority to the customer.

“A Great technology company should have proprietary technology an order of magnitude better than its nearest substitute.”

Is your solution 10 times better – in a key dimension – than anything else available?

Are you entering an existing market with the product? Is it a slow moving market, or a fast moving one? Cleantech compared itself to the silicon chip industry of the 70’s, but failed to appreciate the speed at which that market was moving – it was expanding exponentially with Moore’s law – whereas the cleantech industry had no such advancement. There was no explosion in growth, and the industry lagged. Facebook launched at a time when broadband infrastructure was rapidly expanding, and it exploded when mobile devices and smart phones became ubiquitous. Infrastructure readiness, social norms, government regulations, established platforms and ecosystems all play a role in the timing question.

Peter Thiel believes monopolies are a good thing, and competition is bad. Monopolies allow you to innovate, because you have cash flow, and room to try radical things. Competition on the other hand prevents you from innovating. Google has had a monopoly on search for over a decade – nobody even comes close to its market share – and it can therefore invest in innovation. Think of Google Glass, Driverless Cars, Project Loon, and Internet Barges.

Most companies do not enjoy a monopoly, they are instead engaged in fierce competition. Don’t overestimate how unique your product actually is – be realistic to the competitive threats. A true innovation is one that has no competition. It has a 10X technology advancement, and is therefore clearly distinct in its space.

“Exaggerating your own uniqueness is an easy way to botch the monopoly question.”

So much of innovation is about the quality of people and culture you have. And finding a technical advancement which is 10X better, means having engineers and technical people to do it.

Cleantech is a perfect example, and where you find cleantech companies you would expect to find engineers running them (compare Solyndra CEO Brian Harrison and Tesla CEO Elon Musk) – but Thiel found this not to be the case. So many of the companies that pitched cleantech to him, were led by men in suits.

“This was a huge red flag, because real technologists wear T-shirts and jeans. So we instituted a blanket rule: pass on any company whose founders dressed up for pitch meetings.”

More broadly, you need to ask yourself if you really have the right people capable of working on real product innovations? And, do you have the best people on the team to pursue the product to market? A technical intrapreneur can lead and sell a product better than many sales people can. 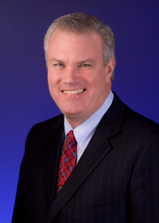 You might think your technology speaks for itself, but it most probably doesn’t. You still need an effective distribution channel. Primarily a way to get close to the customer, so they can experience the superior advantage you can bring.

“Cleantech companies effectively courted government and investors, but they often forgot about customers. They learned the hard way that the world is not a laboratory.”

Better Place, an electric vehicle startup, had the technology, but failed to market it to customers in a clear way. People were confused whether they were buying a regular car like a Renault, with added electric, or a Better Place car. It wasn’t clear what the offering actually was. The company bombed, and in 2013 when selling off the  assets, they admitted they overcame the technical obstacles, but failed in the distribution ones.

You should plan to be the last mover in your market. What does the market look like in 10 and 20 years time? And how will your solution dominate the space? What possible competition could you face – can China make it cheaper, is the customer still ready to pay for your solution when circumstances change? You need to be asking these questions to see how durable your future is.

Cleantech relied on government subsidies and backing, which is not necessarily a durable path. It was also relying on the premise that fossil fuels were peaking as an energy source – however the rise of fracking in the mid 2000’s changed the picture, more than doubling the fracking oil industry. China became the bogeyman for US solar companies, with Abound Solar blaming “aggressive pricing actions from Chinese solar panel competitors” when it went bankrupt. Also upon going bankrupt Energy Conversion Devices filed a $950 million lawsuit against Chinese competitors for their aggressive competition.

A simple question the cleantech companies might have asked: what will stop China from wiping out our business? If there’s no good answer, perhaps the durability question was a problem.

Tesla had a head start in its field, and its design and technology is moving faster than anybody else – its lead is widening all the time. It also has a distinct and trustworthy brand, which has consumer envy. Given that buying a car is one of the biggest purchasing decisions people make, having trust in a brand is a hard thing to win – Tesla has that trust where others don’t. Similarly Apple has that brand trust, which is very hard to displace.

All great companies are built upon finding answers to secrets, this is the heart of innovation. Secrets are problems which have an answer, but nobody has figured it out yet. Pythagoras discovered the secrets of the triangle, Newton discovered the secrets to gravity, and NASA figured out how to land humans on the moon. These are big secrets, but every great company and product solves a problem for the customer in a new way, previously unknown. Think Airbnb and Uber.

“Great companies have secrets: specific reasons for success that other people don’t see.”

Does your innovation uncover a secret, which solves a fundamental problem for the customer?

So there it is, the seven questions Peter Thiel recommends you ask yourselves. They are not easy to completely satisfy – but neither is innovation.

This article was originally posted on the HYPE Innovation blog.